civil twilight – the time after sunset and before sunrise when the Sun is below the horizon but not more than 6° below it.

i remember when i saw this word for the very first time, the first thing i did was search google for its meaning, for its actual meaning.

i have always known the meaning of civil and twilight separately, but that was the first time i saw both words used at the same time like this and that got me in to thinking about how can be two separate words of completely different meaning or origin can be used together and can form a new meaning word.

civil – relating to ordinary citizens and their concerns, as distinct from military or ecclesiastical matters. or it can also be used for courteous and polite.

twilight (1) – the soft glowing light from the sky when the sun is below the horizon, caused by the reflection of the sun’s rays from the atmosphere.

so from the above three definitions we can clearly see that civil twilight is nothing close to or related to the word civil, its just one of the phases of twilight.

twilight (2) – twilight is defined according to the solar elevation angle θs, which is the position of the geometric center of the sun relative to the horizon.

as my head was already all in to this, i searched more and found that there are three established and widely accepted subcategories of twilight:
civil twilight (brightest), nautical twilight, and astronomical twilight (darkest).

Nautical Twilight : Nautical twilight occurs when the geometrical center of the Sun is between 6 degrees and 12 degrees below the horizon. This twilight period is less bright than civil twilight and artificial light is generally required for outdoor activities.

Astronomical Twilight : Astronomical twilight occurs when the Sun is between 12 degrees and 18 degrees below the horizon.

this was all the boring technical details about civil twilight, now coming to the good part !

I took this pic at Nandi Hills during one of my many Bangalore visits (which i always preferred calling as bangalore chapters) its been almost an year.

It was around same time of the year March 2015, I was at a friends place helping them with their final semester thesis project, and as things were not working properly we were getting bored so we started thinking what should we do, should we go somewhere, what all places we can go, where should we go ? and then after some time suddenly my buddy said we can go to Nandi Hills !

Nandi Hills : Nandi Hills or Nandidurg is an ancient hill fortress in southern India, in the Chikkaballapur district of Karnataka state. It is 10 km from Chickballapur town and approximately 60 km from the city of Bengaluru. [coordinates 13.3863° N, 77.7009° E]

When i checked the distance i found that Nandi Hills was around 65-70 km from my friends place and once we confirmed that we will go there, the next thing which we needed to finalize was how and when?

My buddy said we can go on her bike, she has got an old two wheeler which we both trusted a lot ( the bike had every basic things like indicator, light, horn and guess what ! the self start too but they were all just for show, none of them worked properly when we needed them. Also some or other part of the bike kept falling off every time we used to go out, plus i remember there was one incident during winter when a small snake was found on the luggage compartment where he was happily enjoying the warmth of the engine), even after all these we both loved that bike, so the moment when she said we can go on her bike i was shocked ! I stared at her and said “Are you out of your mind ? I don’t wanna die so soon ! ”
I said that not because i don’t trust the bike, me too would have loved going in that bike, but since I have known that bike for so long i knew it was not possible for that bike to take both of us that far and come back again in a single piece, plus in case if something breaks off mid way then there was no option for getting it repaired also. And that bike was the one and only way for us to roam around Bangalore and i never wanted anything bad/serious happening to it.

[i hope she doesn’t see this otherwise she’s definitely gonna kill me, if not that then she might forbid me or ban me from sitting on her bike, this wont’t be the first time of her saying/doing this though]
😛

Back to the trip, we went there by car with my friends mom and few other friends and overall it was an amazing experience.

“That cold, wind, clouds, sun, sun rise, walk, car, jacket, camera, your wala, our wala camera, the entrance, that short walks, that first spot, that first pic”, it was the best short trip ! Loads of pictures of priceless smiles, happy memories and so many unforgettable moments from that one short trip. It was truly one of the best trips ever.

Now coming back to the title again, this time with less technical details.

One day I was just randomly searching for some good indie rock bands and then stumbled upon these guys, i tried a few songs of theirs and loved them instantly. In some ways they are similar to Mogwai, but somewhat different. Almost all of their songs are nice, a few of them are really good, they have so deep meaning that takes you in to a complete new dimension, they are magical, pleasing and haunting at the same time. Their songs are soothing, calm, mellow and memoryful and just by listening the song a few times we can feel the stillness and quietness and experience a blast of emotions. One can easily relate the song to the past incidents, mistakes, blunders, someone’s loss, distance, remorse, so many weird feelings that’s trapped inside us all, and the repetition of the same bad feelings again and again. Something !

And like all my previous posts, for this post the song is “Quiet In My Town “ from their first album Civil Twillight !

Today two boys disappeared without noise
And I wish that I was them
Flying somewhere over head
Tonight in silence
Two lovers they fight and one is bored, one is angry
But neither one of them is right

There’s one more song which i like the most, “Letters from the Sky” from the same album Civil Twilight.

They are not just songs, there’s so much more in them. And as always i’d recommend everyone who comes and visits this post to try these two songs at-least once.

PS: Due to my busy schedule and other personal reasons i have been away from this blog, but after 2 years gap, exactly one month back from today i made a post which i took out a few days after publishing it, i hope no one has seen it, or if you were one of the few people who have seen that post then i am really sorry you had to see that, it was not meant to be published here, i was out of my mind and by mistake i published it in the wrong blog. 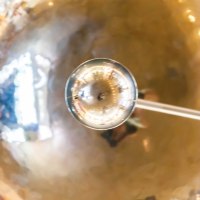 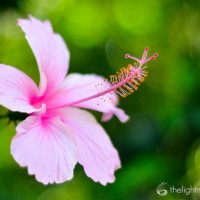 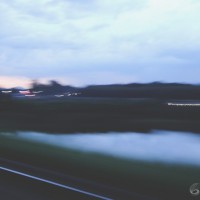 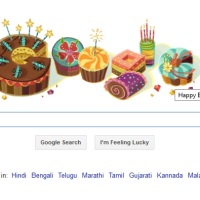 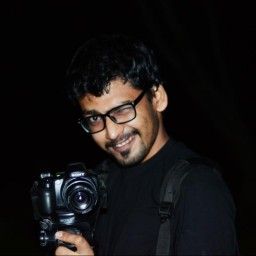